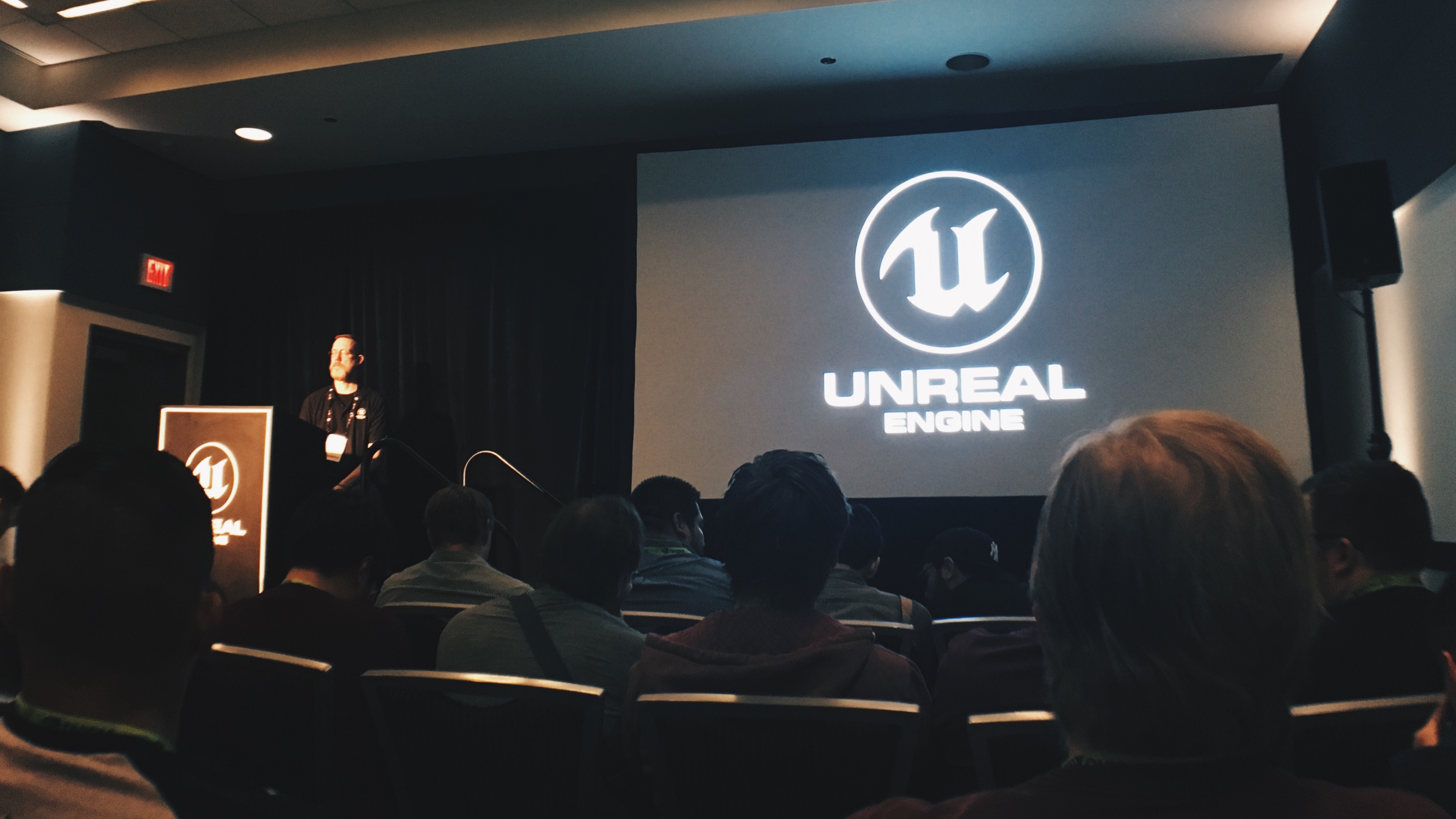 Continue on the previous post - more about my Siggraph 2018 journey.

This day was Epic. 4 sessions were filling up the whole day. Started with The Technology Behind ‘The Speed of Light’.

Epic: The Technology Behind ‘The Speed of Light’

The Speed of Light is the featured project of Epic this year which showcased the latest real-time raytracing (RTRT) technology. The demo was built with Microsoft DirectX Ray Tracing API and runs on two NVIDIA Quadro RTX cards. New Unreal Engine features include:

Car materials were captured on location at Porsche in Germany. Marks were made with black tapes on the walls to help to align the lightings in the post production. Project is using 32bit linear workflow and unclamped Image-based lighting (IBL).

Car model was provided with no extra modeling needed. Models came as CAD files and are processed with Datasmith + DCC (Maya) and endless iteration. Batch-processing was done with python scripting. Geometry and UV needed to be cleaned up. Production was extremely well organized and detail-driven as the project was for showcasing an real-world masterpiece of industrial design. In the end, 876 CAD parts are filtered down to 165 mesh groups which are 9.46m polygons. One of the particular important thing is to clean up all the holes on the models, because inner structrues cause unnecessary ray-bouncing calculation.

The team tried to match the materials with realistic world as much as possible. Lots of custom material expressions were developed (like the translucent material for the car lights). Promotion video was made with sequencer. Camera work was done with virtual camera with iPhone. Photo Studio was built fully in blueprint.

Latest RTRT technology provides soft-shadow (and realistic reflection) which is a big add-on for the demo. Raytracing is an amazing add-on for rasterization pipeline, and is more suitable for complex effects such as GI, refraction, soft-shadow, dispersion, subsurface scattering etc. Raytracing now is easier to implement and use thanks to the improvement of hardware (NVIDIA RTX) and implementation method (DirectX Raytracing (DXR) API).

So happy to get my @pixarsrenderman #teapot at #SIGGRAPH2018. Now two of them are making a nice rendering scene with my bunny. #siggraph #rendering #pixar #renderman pic.twitter.com/AjDt1sFbZk

Interesting key points in the talk:

Rest of The Day

Wrapping up the day was an impromptu meetup of dozens Siggraph attendees from China. I was lucky enough to meet all those amazing people with the same cultural background who are passionated about the same professional fields.